Custom long axles for an '84/'85 Rx-7 housing with a Miata Torsen installed. These will allow full spline engagement and do not use axles spacers used by factory axles.

David Lane has thoroughly Beta tested the SE bolt pattern. I have assembled but not driven the non-SE bolt pattern. The SE axles were more difficult to reproduce in the wheel mounting area, but the problems were solved. Both of us discovered a length problem. Dave after bolting the axle retainers on and then finding the axles no longer turned.  8-0   I found it during a test fit. When I inserted the 2nd axle I heard a clank about the same time it reached the proper position. It was more obvious to me because I hadn't installed the axle bearings yet.

You can order axles direct from Moser Engineering @ 260-726-6689 for $295/pr. Reference the following invoice numbers so they know what to build. MAKE SURE YOU SPECIFY the length of the axle should be REDUCED from 13mm to 11mm longer than stock. If you forget, you will have to have a local shop cut 2 mm off each axle before installing...

Warning for those that haven't built such a rear end yet: If you are going to use the Miata pumpkin, instead of installing the parts in the Rx-7 pumpkin, you will have to cut off the Miata torque mount to clear the Watts link. Picture of modified pumpkin is here. Also the pinion flange from the Miata is larger than the Rx-7. If you have to make a custom drive line anyway it won't matter...

Update Nov. 2004: My car was finished Aug. 24, 2004 and spent Aug. 28th on the track at Laguna Seca. I then drove it to Sevenstock 7 in Sept. It currently has ~2000 miles on the Torsen setup. Then only minor problem has been tunnel clearance to the pinion flange when speed shifting. A little massaging with a 5# hammer solved that...

I may be the only person with anecdotal information on this issue. I have the axles in my car with a turbo system. It is not the precise info you are seeking, but here are a few datapoints.

There are a few 1st gen track racers using Torsens in their 84-85 cars (Improved Touring, I think). These people did no modifications to the axles, and simply accepted the loss of about 10mm of spline contact caused by the smaller dimensions of the Torsen. I have kept casual contact with at least one of these racers, and have not heard of any failure for track work. I don't know how much power these guys are getting from their engines, but I wouldn't be surprised if it was much less than 160 at the flywheel.

My car has never been tuned on a dyno, but 3rd gen types who have driven it seem to feel it is in the 275 plus range, and it rather quickly trashed an ACT clutch rated at about 250 lb-ft of torque.

I have had the Torsen in for about 5 years of autocrossing without an issue. Installation did not involve shimming--only removal of the old, clutch-type axle, and insertion of the Torsen. I regained 8mm of the missing 10mm of spline contact with spacers, etc. It was not pretty, but it was functional.

I installed the Moser axles at the beginning of this season. These axles have full spline contact, and are a bit heavier than the stock ones. The shaft is thicker than stock from (roughly) the mid point to where it tapers for the splines.

In other words this is a stronger than stock axle.

The Torsen diff is not sized for a 400 bhp V-8, but that doesn't mean it can't handle the torque. The question is in how you are going to use it. What kills axles and diffs is not so much the torque, but how it is applied. There is a good chance this diff/axle combination can hold up well, but only if the shock loading is minimal. I can guarantee you will break something with gumball drag slicks and repeated 7000 rpm drop-clutch (puck type) launches. I've heard of Ford 9-inch rears giving up from a lot of that stuff if power is high enough.

On the other hand, average autocross-type launches (where the clutch takes up some of the torque load) and track driving with track rubber should be a breeze.

One other point: Last I looked, there were two Torsen's that would fit. One significantly more costly than the other, but supposedly stronger, and with a different bias. Mazdatrix lists 3 on its web site--one for NA applications, one for 2-gen turbo applications (which also fits non turbo cars, but is the most costly one) and a third type for 3rd gens--mid priced between the first two. The 3rd gen Torsen was not available when I bought mine, so a conversation with Mazdatrix about whether or not it might fit a 1st gen would be a good idea.

Relevant links:
Jim Rothe's write up, includes links to more information on the subject: Torsen Differential in a GSL-SE 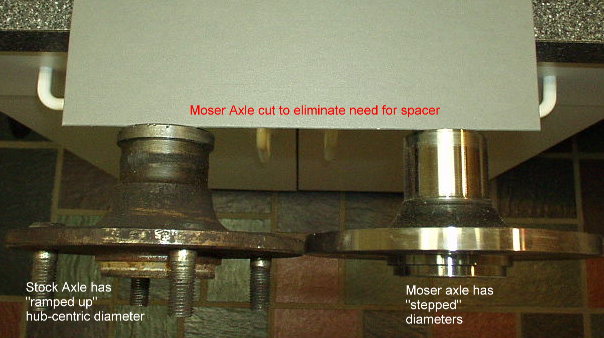 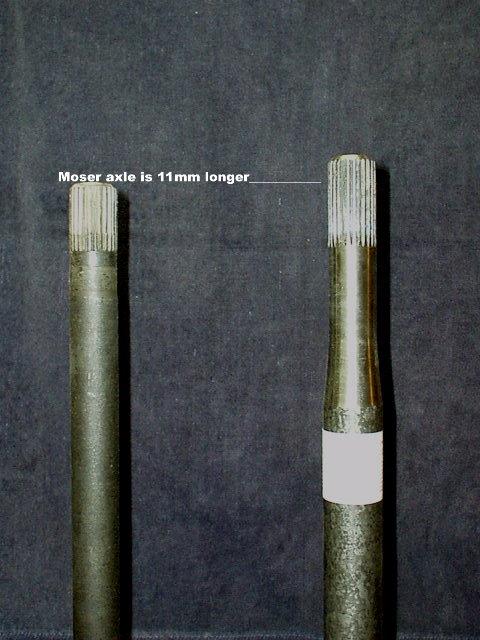 This page has been accessed